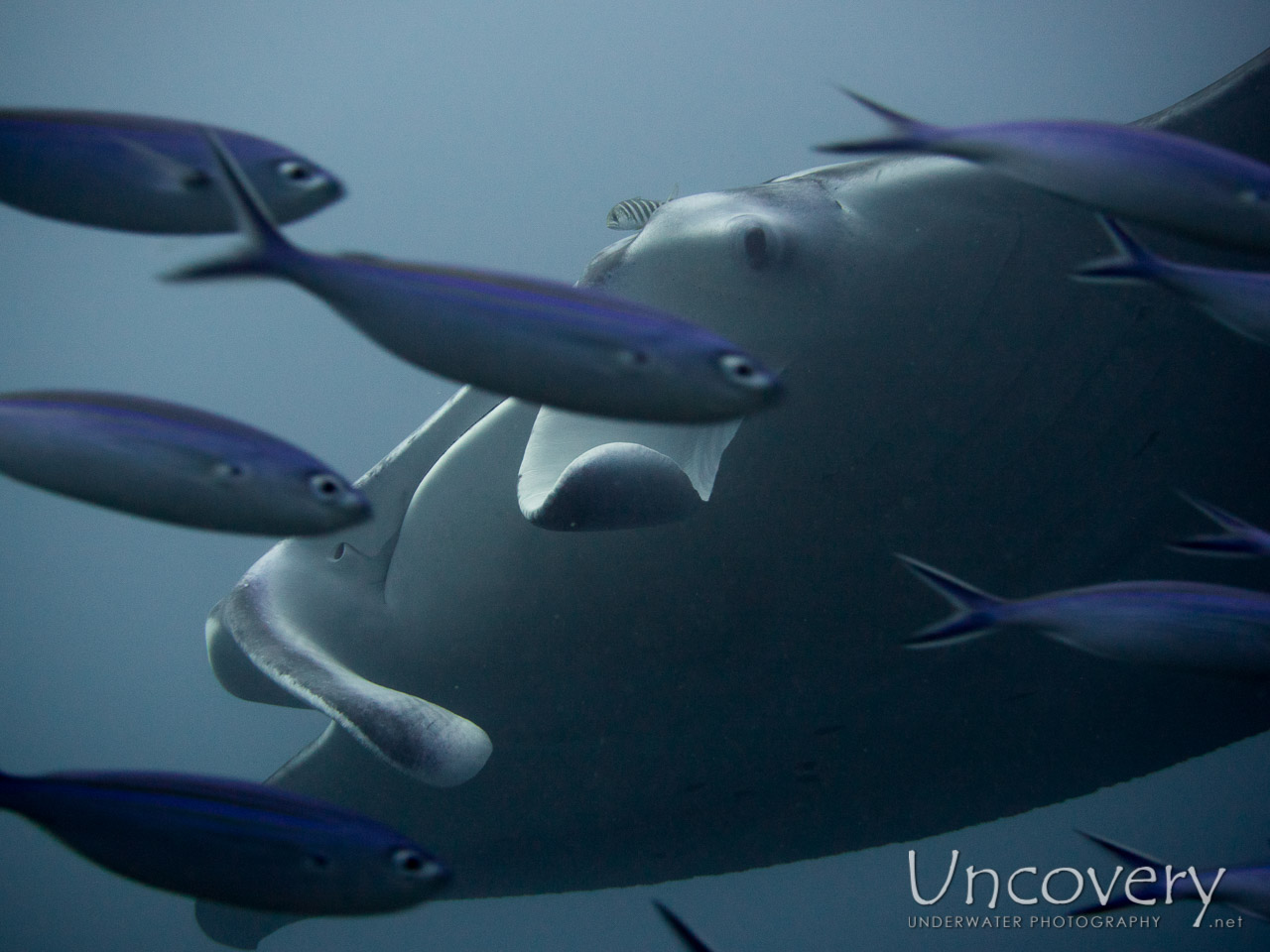 Being in the main season for Manta on the east side of the North Male Atoll, we were rewarded with an immediate encounter with 3 Huge specimen immediately after descending. They were circling over an outcropping, allowing us to observe them from many different locations without disturbing them. Still one of them buzzed be with only 20-30cm to spare. While the visibility was as expected not too good, the photos came out quite sharp due to the close proximity of the Manta.

We reached the Manta already after 15 minutes and stayed initially below the plateau they circled. At 22 minutes we went around and higher up almost at their height getting a great view and opportunity for close-ups.