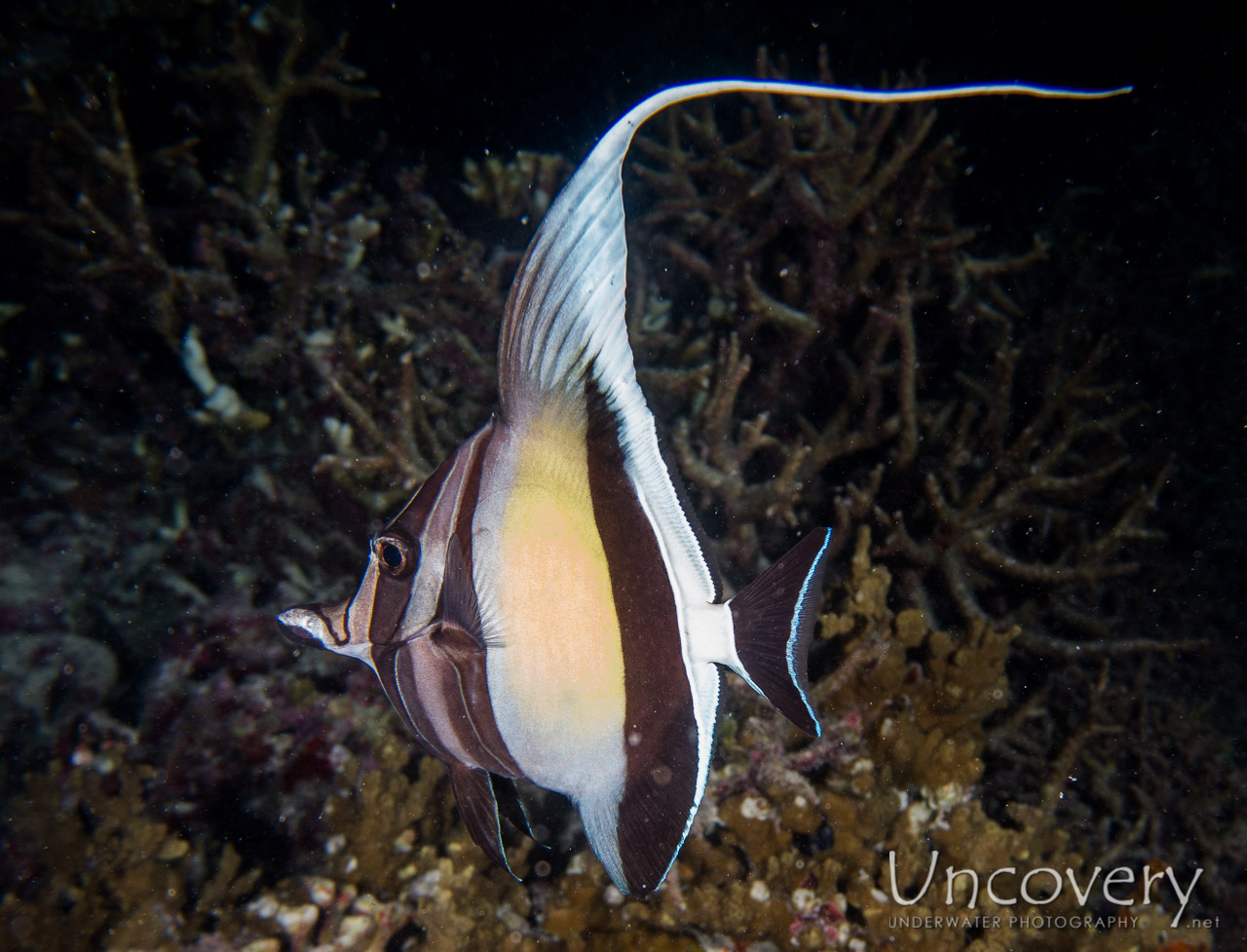 Plenty of shrimp in the open as well as opened feather stars while we were accompanied by 2 huge Trevally chasing smaller fish in our torchlight like happy dogs running among us.

We walked into the water via the beach and had a calm ascend westwards, turning around in the middle and going back towards the jetty. After about 40 minutes we investigated for nurse sharks under the jetty and then decided to use the leftover air to go back via the beach instead of climbing the ladder up the jetty.