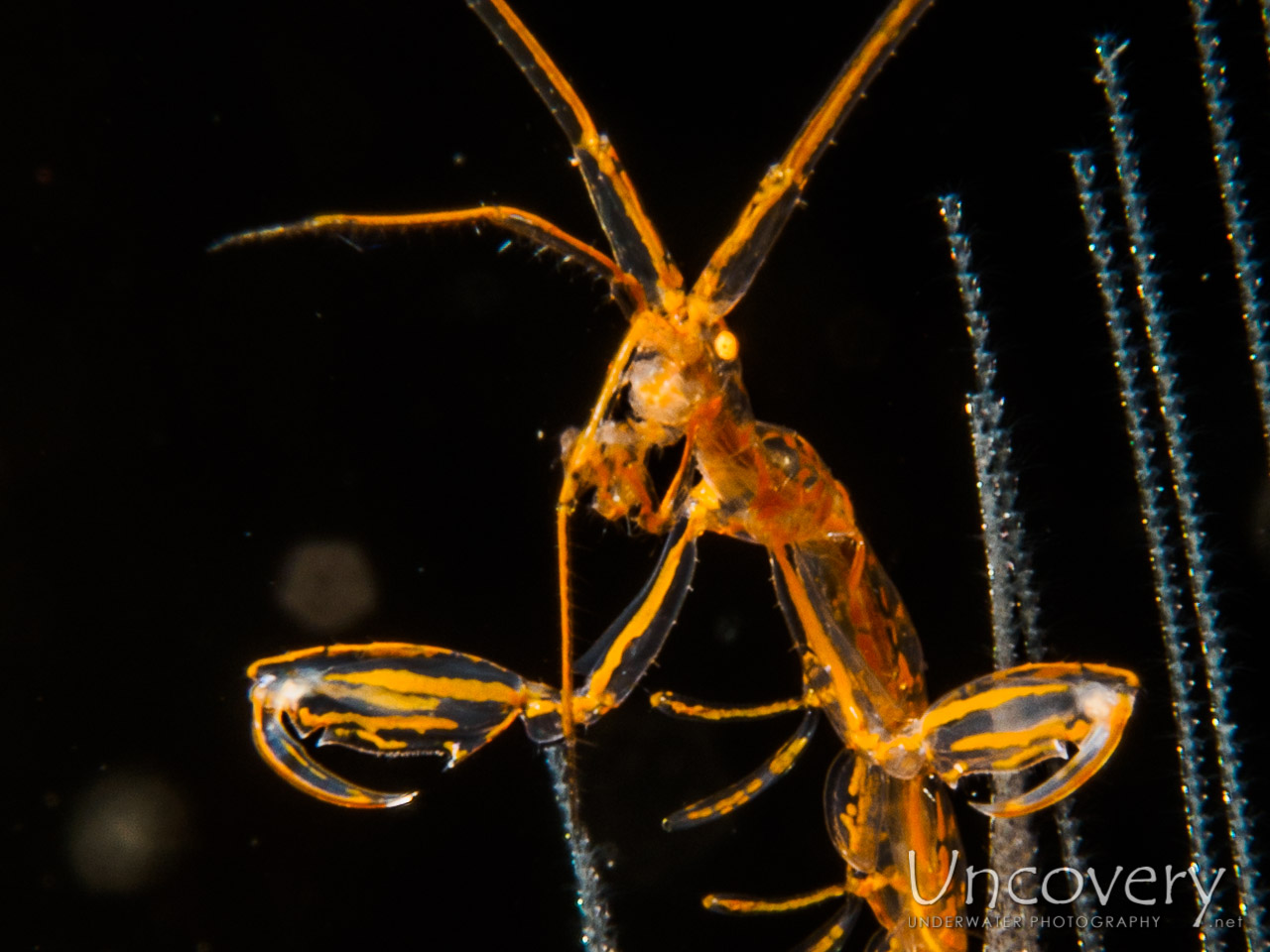 Skeleton shrimps are small critters. About 1-2cm long, thy are hard to see since they often live in on hydroids where they appear to be just a part of the environment. Once you spot them however, they are still hard to make out due to their slender bodies and because several of them often overlap. They are quite hard to photograph since they are so thin that a camera’s auto focus has trouble finding something to hold on to. They are quite flexible and can bend at their waist more than 90 degrees.

This is what they commonly look like to the naked eye in the mess of their environment: 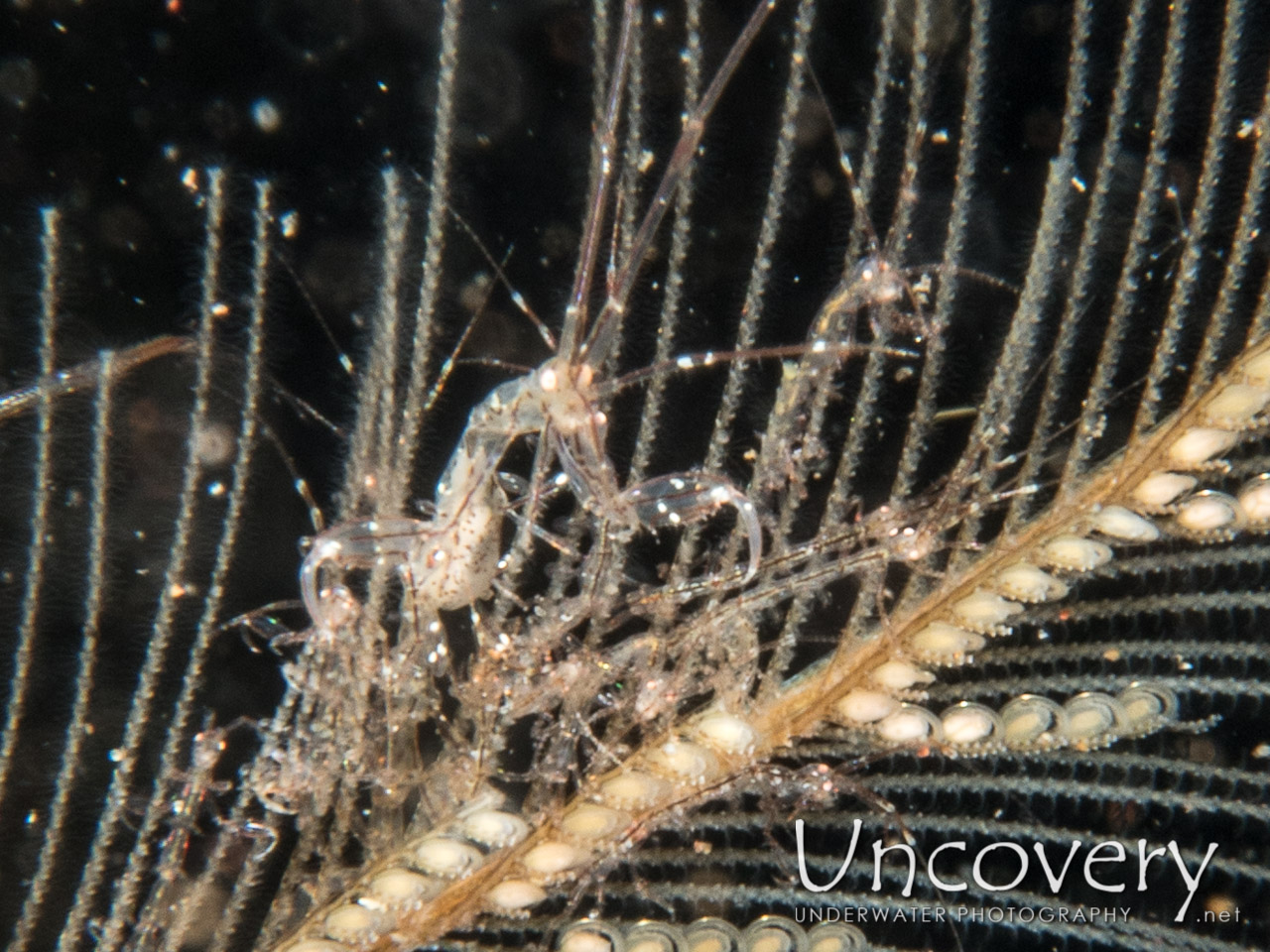 Once you find one by itself, preferably an orange one, you recognize their shape a bit better. Here is one from the front: 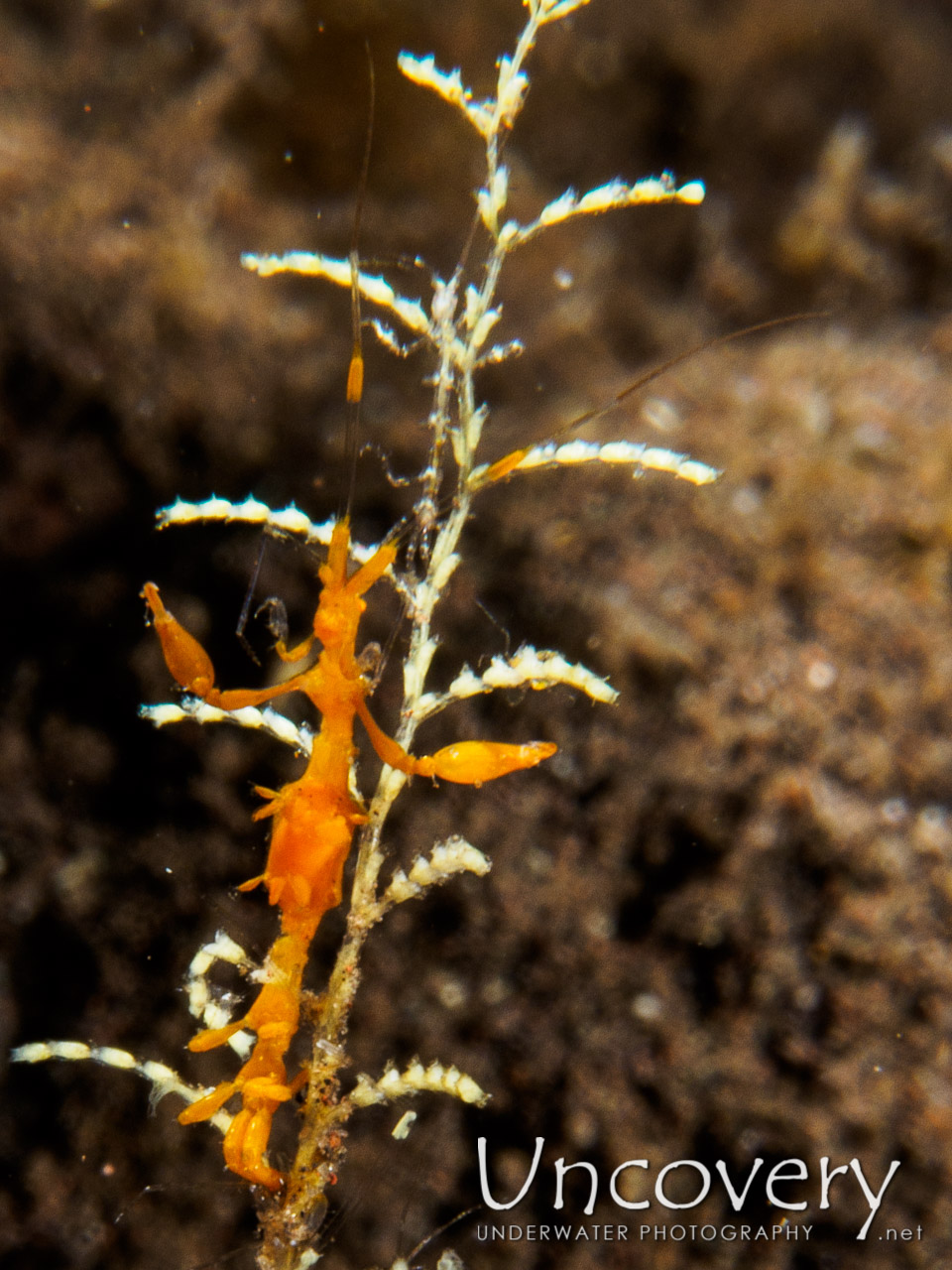 And here is one, a little bit closer up, from the back.  You can see the claws clearly here. The 2 lobes on the lower body are their gills. You can also see how transparent some of them are: 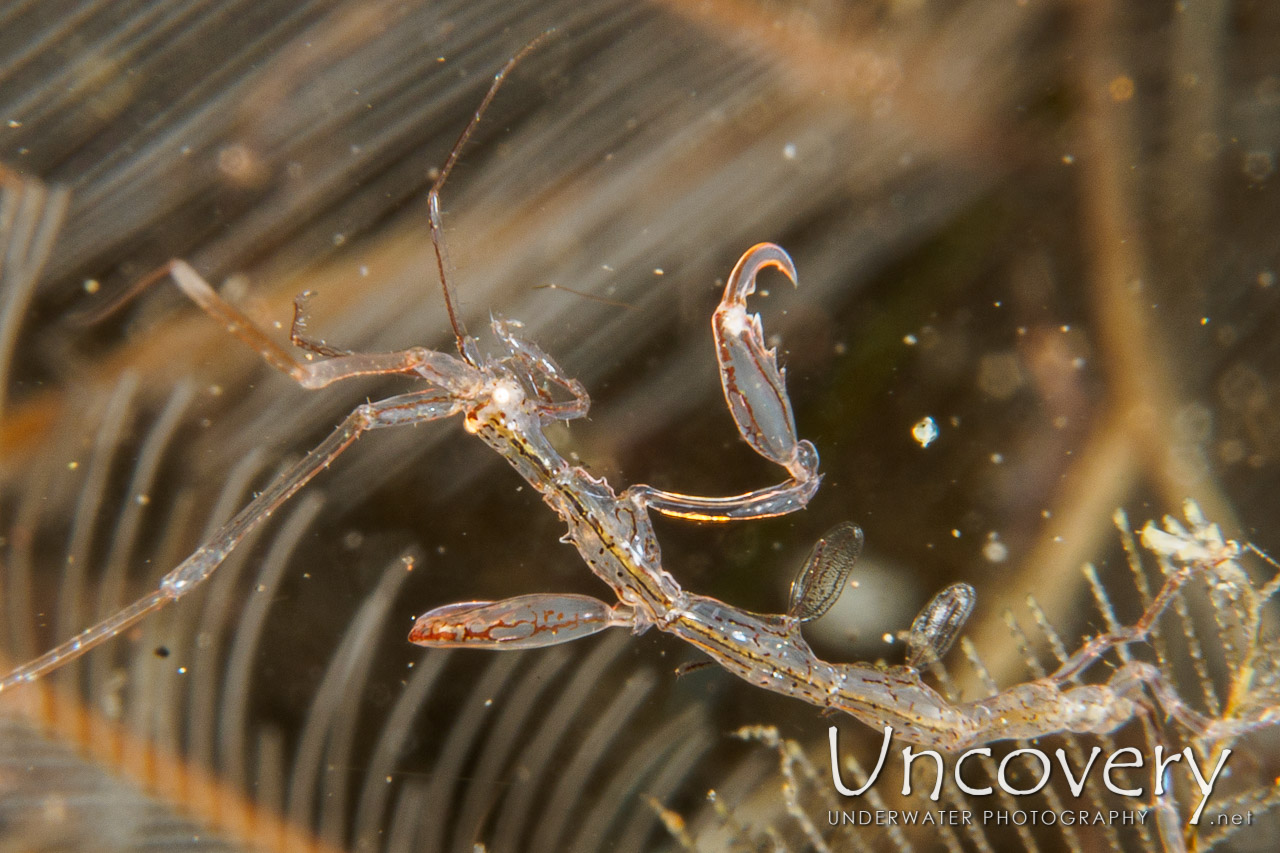 Close up, they actually look quite cool, specially with those orange lines on a transparent body. There is a venom in their claws which they sometimes use to kill males after mating! They have 2 sets of antennae on the head (2 long, 2 short) and 2 mandibles called Maxilipeds. 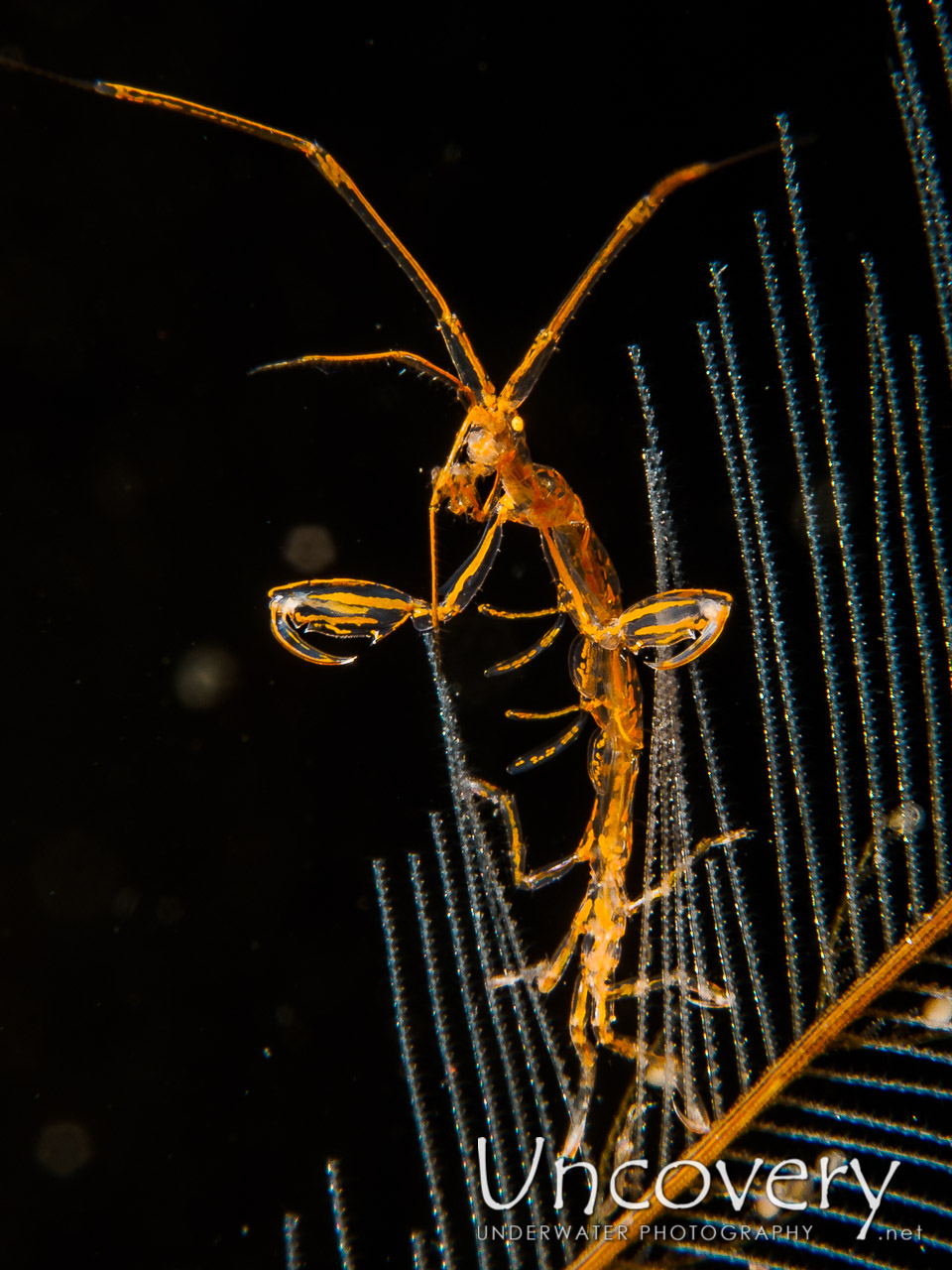 When they carry eggs, you can distinguish the white bulge on their body. Here are two of them with eggs. They are both pointing to the top-right. The upper one looks towards the camera, the lower one looks upwards, so you can see the egg pouch in profile: 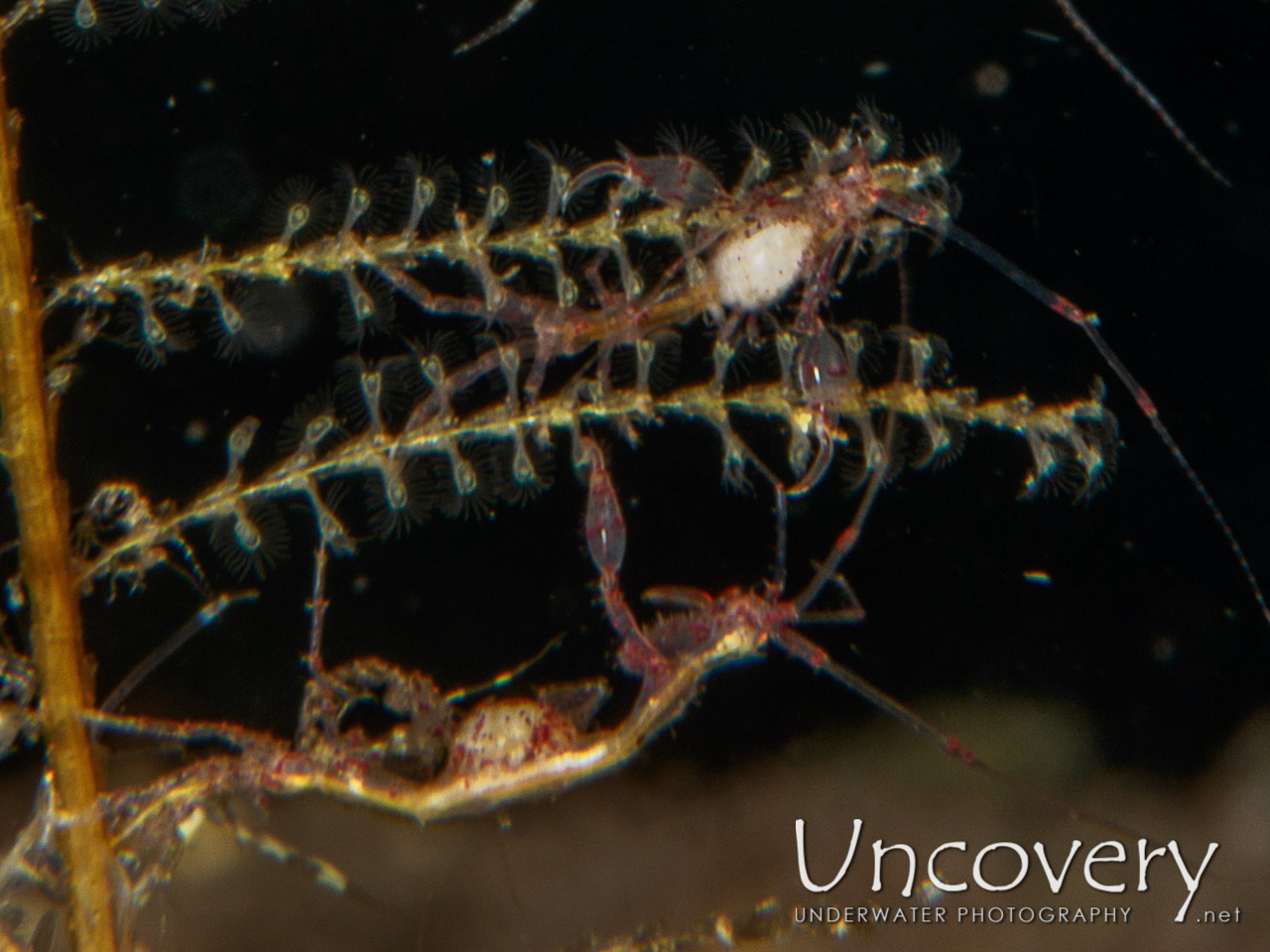 The weird part is that once the eggs hatch, the babies hold on to the mom. There are a few of them, so it looks a bit messy: 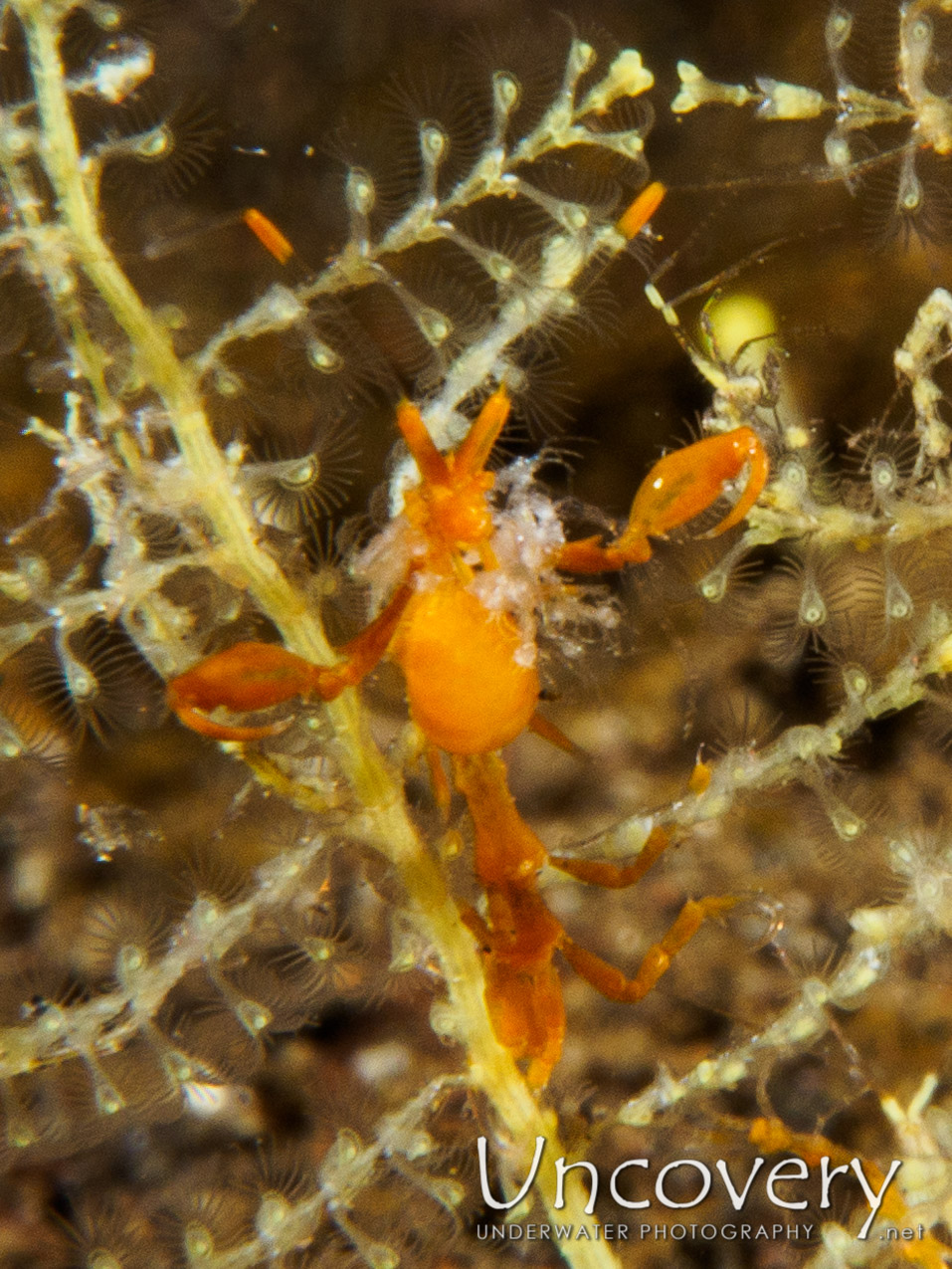 However, it does not seem to be an issue while they are that small. They get bigger though: 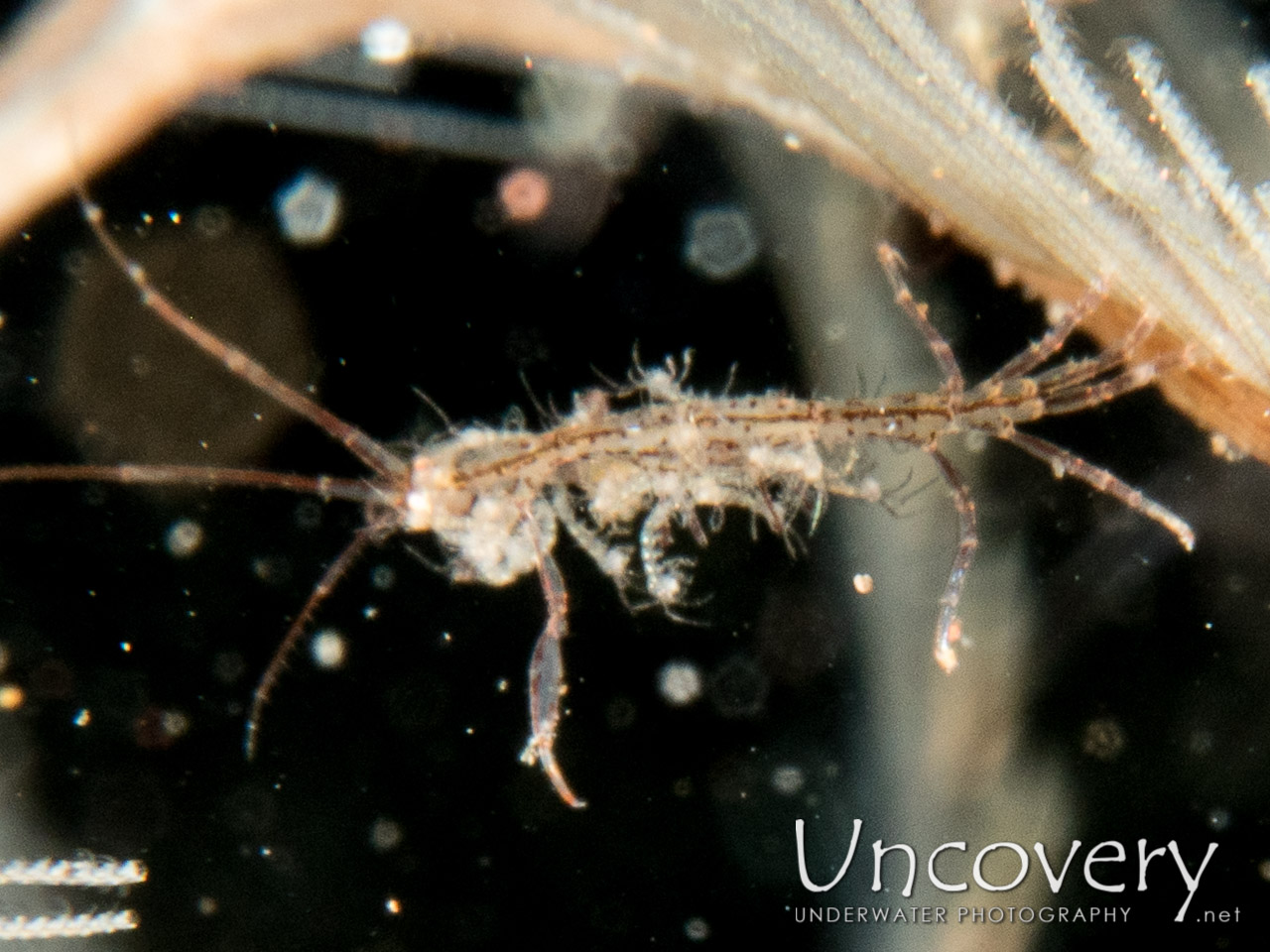 It makes you wonder when they would let go. It seems though they don’t. They get bigger and bigger. 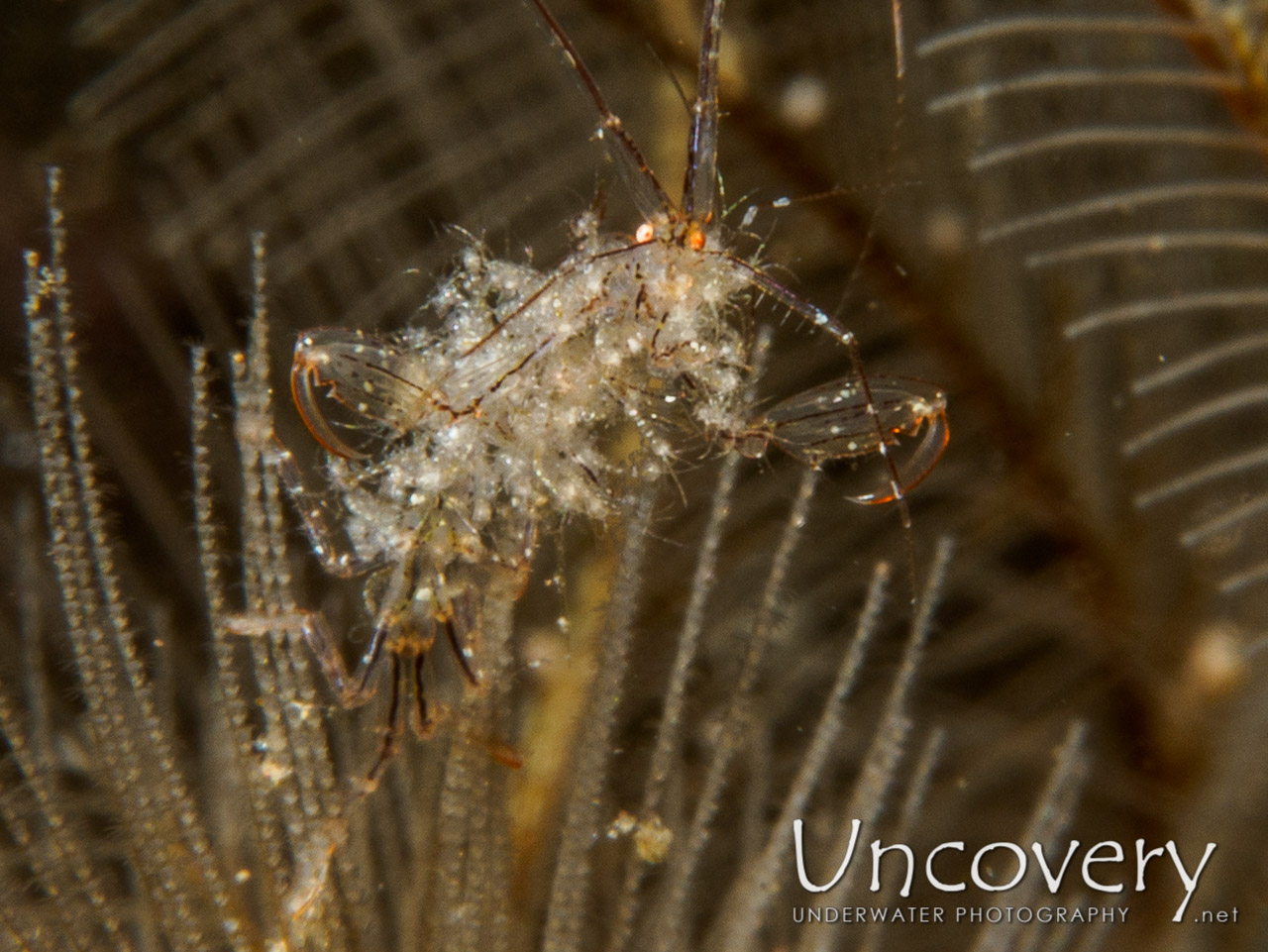 And they seem to stick around far longer than it seems reasonable. Specially if they are living on a plant that would allow them to make a few steps to the side and let go of their mom: 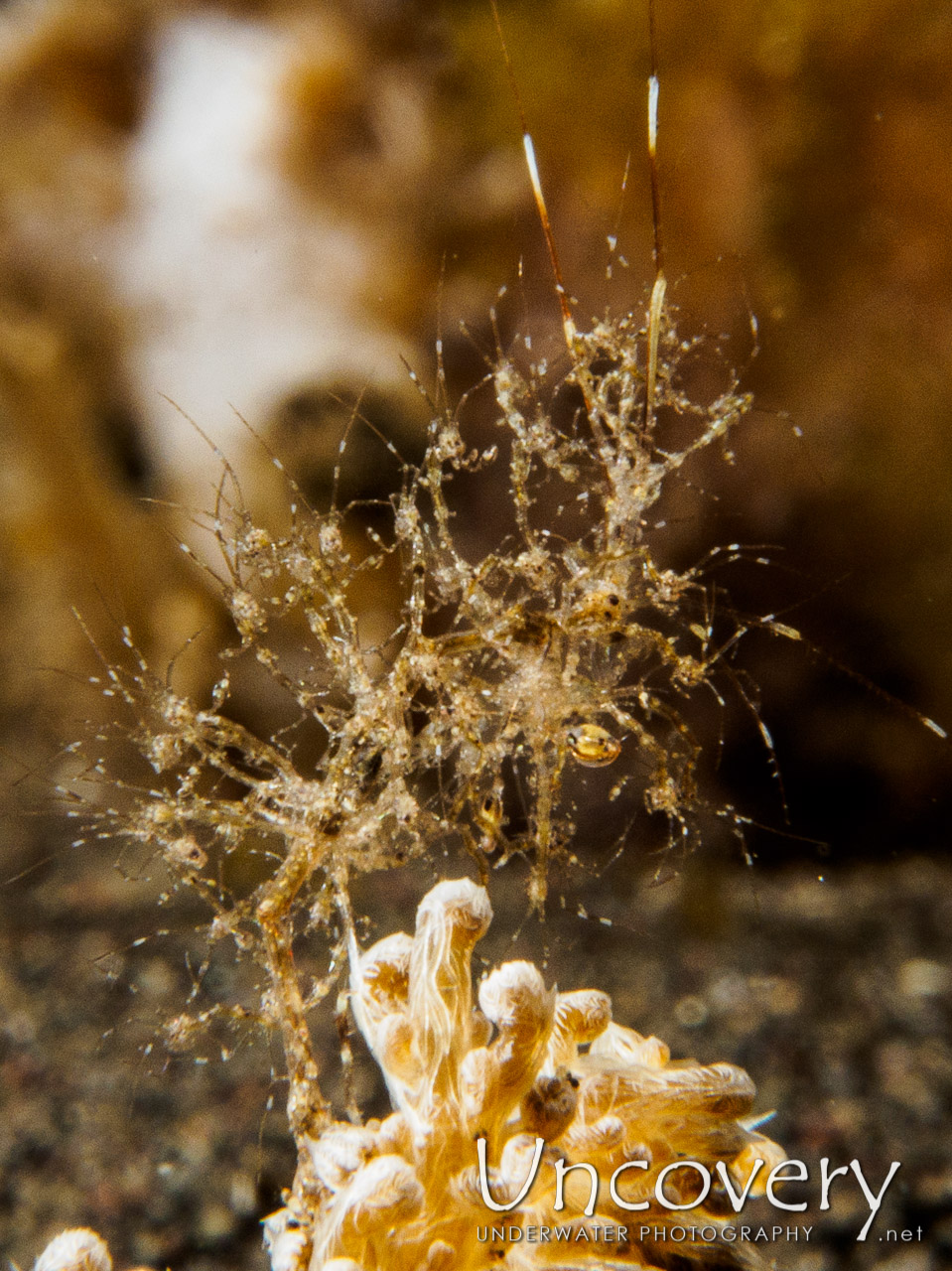 Can you still see the mom? Do you know of any other animal that keeps their young on their body this long? In those quantities?